If you’re interested in who, what and how Moodle 2.7 made it to release the Development by the Numbers infographic recently tweeted by Michael de Raadt @salvetore is a good visualization.

Kudos to the community developers and Moodle HQ for handedly managing the 6 month release cycle while improving Moodle drastically year over year. Here’s to past work done and the road ahead for 2.8. 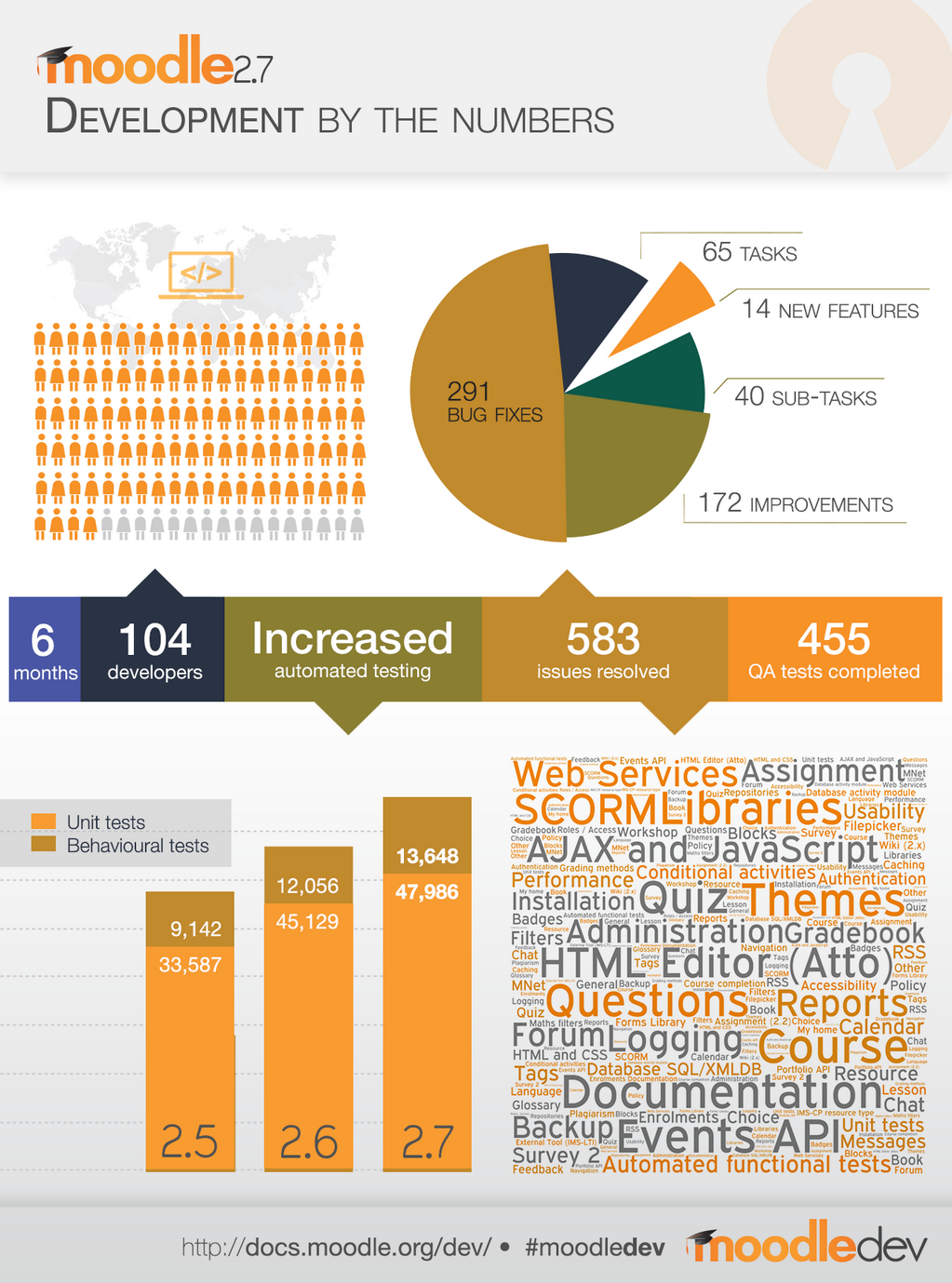