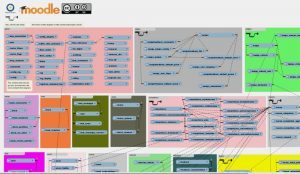 “Big Data includes huge volume, high velocity and extensible variety of data, both structured and unstructured. Analysis and examination of this data plays a big role in making a better decisions and lead to strategic business moves. In this research, we are focusing on analysis of Moodle e-learning platform database with aim of improving the educational process. Using the concept of learning analytics we are trying to better understand teaching and learning processes in order to get as much as possible from educators and learners which are the main actors in the mentioned activities. The standard procedures that are specific to the databases will take a lot more time to do this. To facilitate this process, big data processing tools are used. Here, we also present the possibility of analyzing big data in the cloud. For the purpose of this research, we developed a framework for big data analysis.” 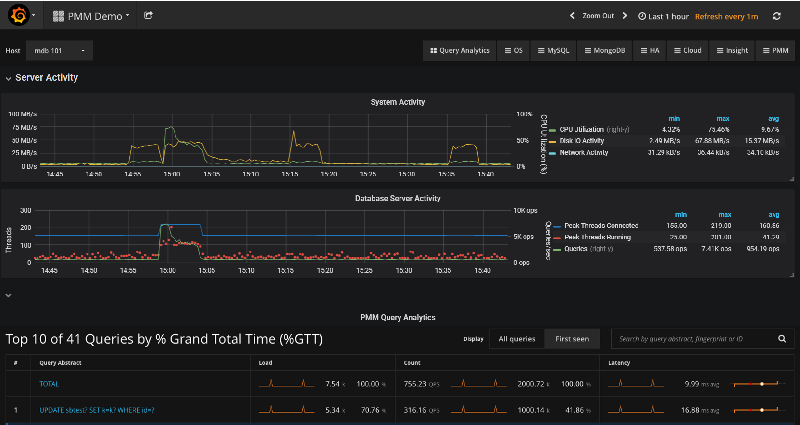 The QAN is a special dashboard which enables database administrators and application developers to analyze database queries over periods of time and find performance problems. QAN helps you optimize database performance by making sure that queries are executed as expected and within the shortest time possible. In case of problems, you can see which queries may be the cause and get detailed metrics for them. 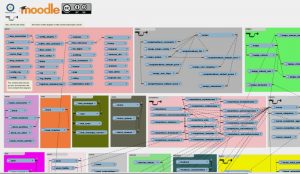 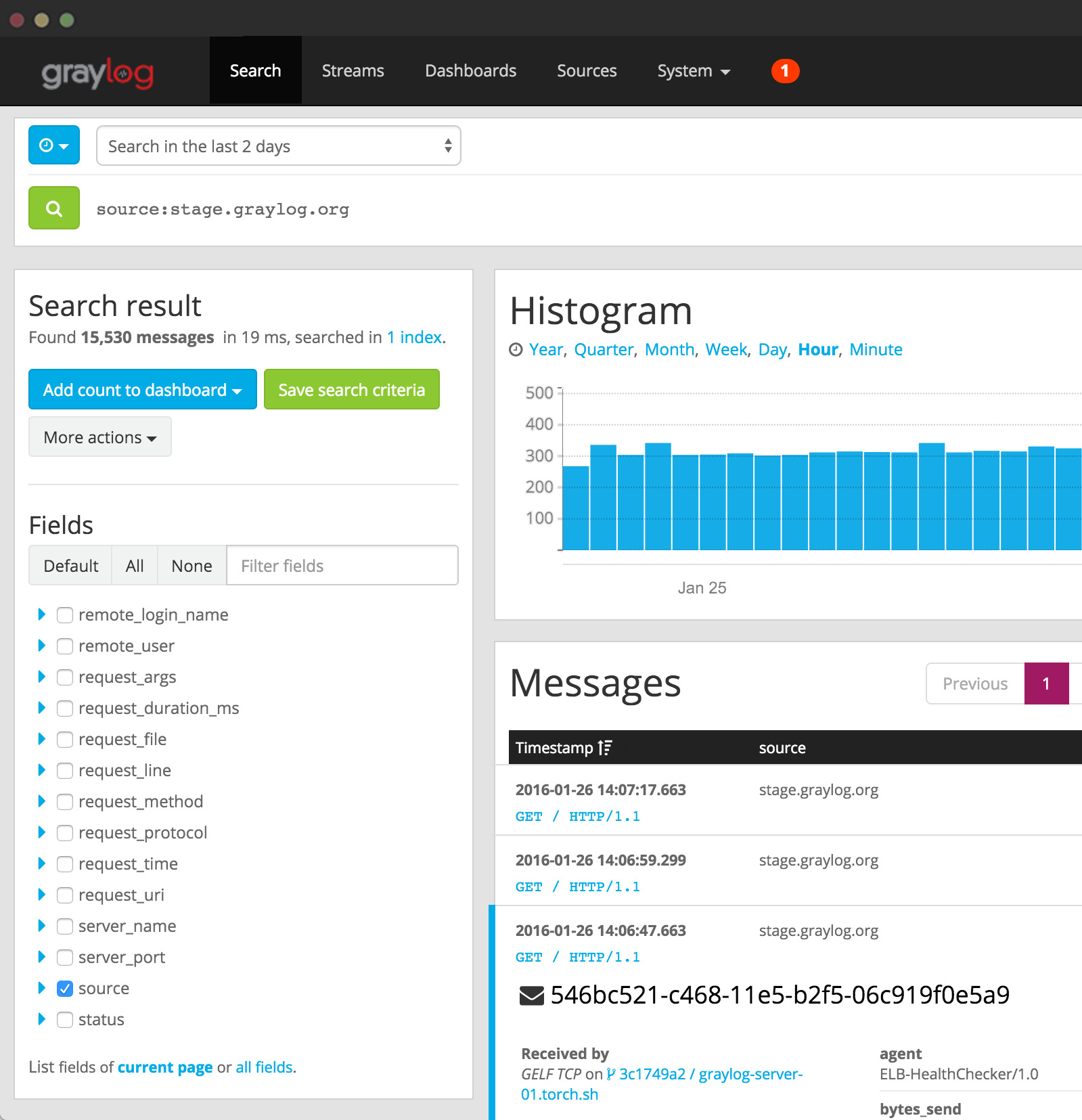 Logstore plugin for moodle to ship logs to graylog or other log backends which supports the GELF format. This plugin requires that you have a working Graylog node. Open source Graylog can be downloaded for free from graylog2.org. Transport protocols TCP and UDP are supported.

Log timestamp in Graylog is directly taken from moodle log entry’s timecreated. Useful when importing logs from moodle to graylog in a live moodle installation.

The array in other column in standard logstore is sent as a JSON string as of now. Users can use the “JSON Extractor” feature of Graylog in the other field to store them as separate fields in Graylog. 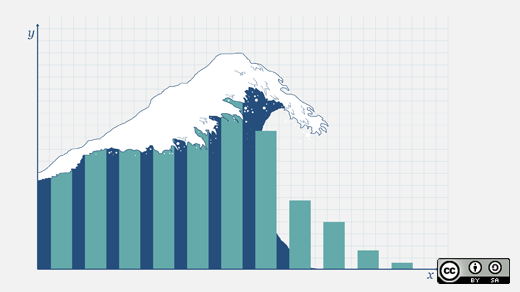 In this article, I review some of the top open source business intelligence (BI) and reporting tools. In economies where the role of big data and open data are ever-increasing, where do we turn in order to have our data analysed and presented in a precise and readable format? This list covers tools which help to solve this problem. Two years ago I wrote about the top three. In this article, I will expand that list with a few more tools that were suggested by our readers. 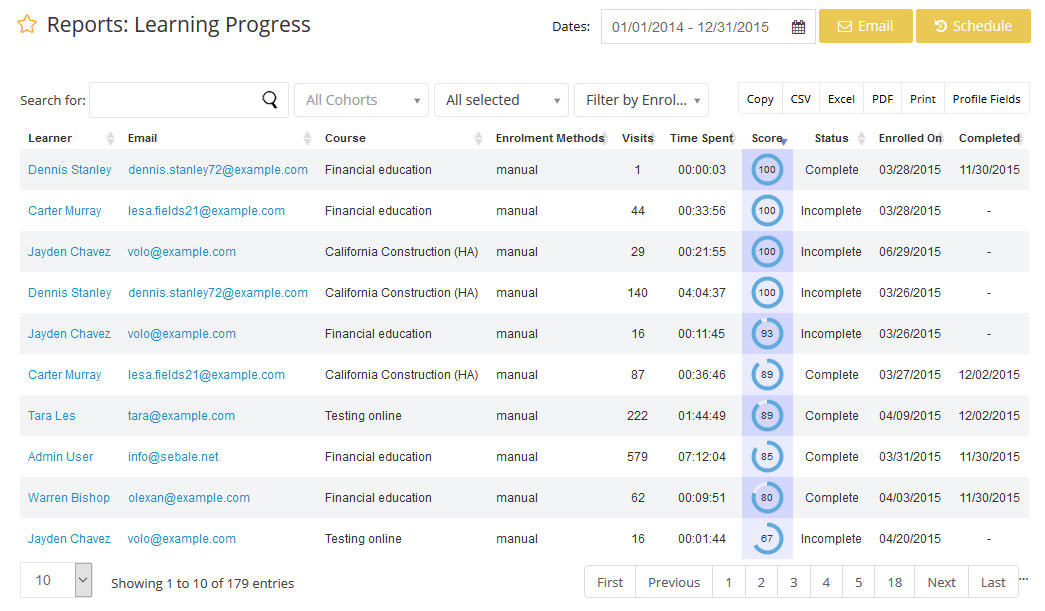 Learning analytics and elearning reporting offer insights into the progress of learners and ensure that objectives are being met. Viewing trends of participation, submissions and other data can assist educators improve the elearning experience, vastly helping retention rates and student successes. Here we explore 7 ways to view trends, analytics and data in your Moodle site…

ב-7 Ways to Get Started with Analytics & Reports in Moodle | Moodle.com. 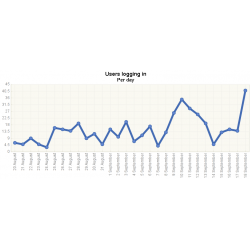 Two years ago we built and released a Google Analytics feature for Moodle which offered some robust reporting for Moodle – beyond the standard url logging it logged the breadcrumb from Moodle – see here for details. This was released as a plugin on the Moodle plugin directory.

David Bezemer of UP Learning took this concept/plugin and then expanded it to included Piwik an open source analytics system. The plugin is also available in the plugin directory.

Using this plugin requires you to install your own copy of Piwik separately, which you can use for all your websites. So I used it for the Moodlemoot Edinburgh this year, and below include some of the reports that were possible to generate from it. 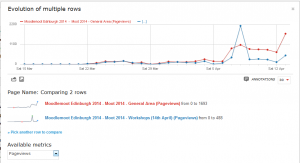 Track and analyze your Moodle data in real time

IntelliBoard is built to work with any LMS designed in Moodle. Our goal is to deliver all of your LMS data to one place that is right for you.

ב-IntelliBoard.net – Track and analyze your Moodle data in real time.